The Meaning of Union 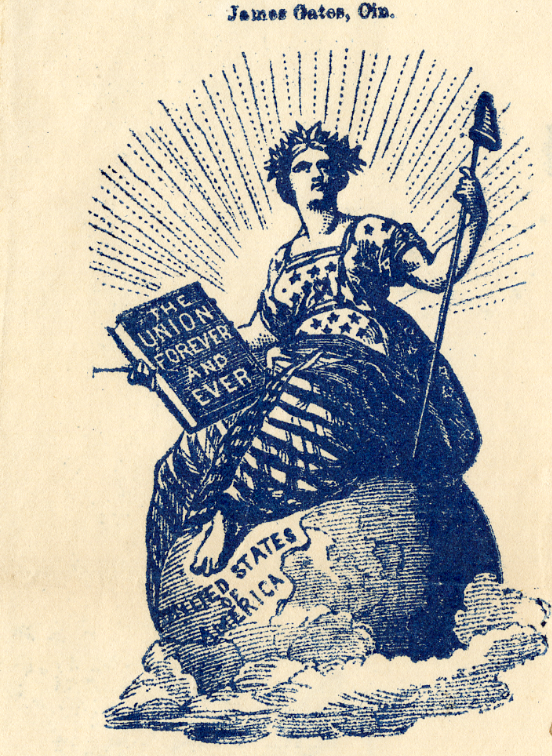 Historians identify individual citizens' thoughts and feelings about the Civil War through analyzing letters, diaries, books, newspapers and images. They look for key words that help explain the motivation for individuals to supporting and sustaining their side of this internal conflict. References to the Revolutionary War or words such as “Freedom,” “Union,” and “Liberty” helped Civil War-era people look back to their past to understand events in their present—much like we do by studying history today.

Sometimes, those same ideas are conveyed visually as well as or instead of in writing. The documents linked below contain images, logos, or government seals in the headings that demonstrate devotion to the Union through patriotic imagery during the Civil War.

By using the Images on personal letterhead, what does this say about the individuals writting the letters? Why during a time of War and rationing would someone elect to use color images in their letters?

Design your own letterhead, and write a letter to one of the 3 Civil War Governors Example