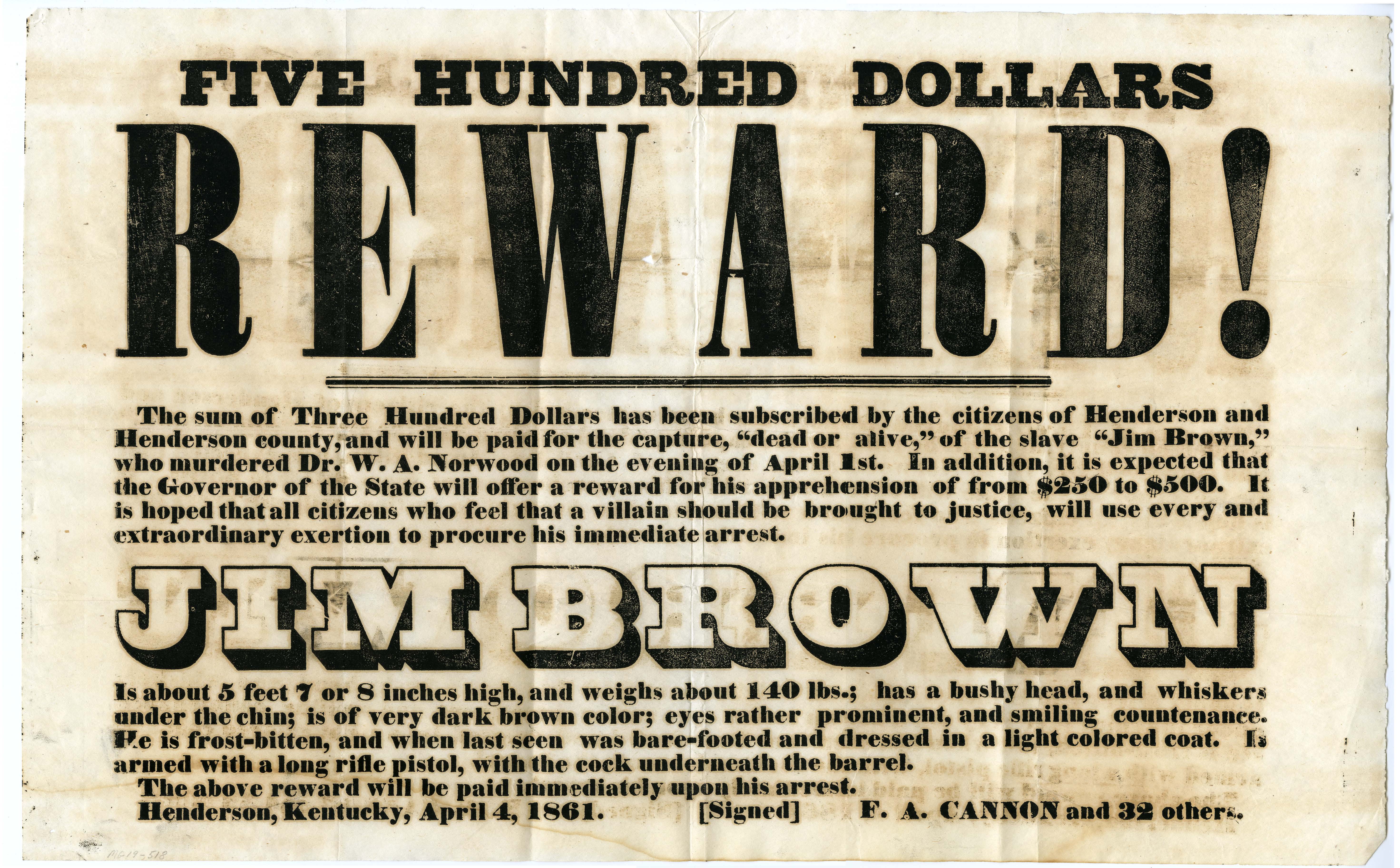 Even in historical eras remembered for great heroism and selflessness, crime has remained a constant figure of societies. In fact, the brutal, local, chaotic war upon a society that was released in Kentucky during the Civil War era may have led to a significant uptick in criminal activity.

Courts were overflowing with cases, local justice systems were overwhelmed, and the governor became a last lifeline for many Kentuckians. Over half of each governor's wartime correspondence dealt with pardon requests and appeals to remit portions of fines and prison sentences. Both Kentuckians who were victimized and those who had committed illegal acts because of the hard choices the war forced on them turned to the governor for aid.

The following documents show the range of request sent to the to the Civil War Governors.

How did crime change over the course of the war? Why were Governors more willing to pardon, remit, grant a respite or not?

MURDER!- As Governor would you issue a Warrant for Jim Brown? Why or Why not? (Use a T-Chart to write down your conclusions)

Judge and Jury-Stage a mock trial to decide if the melon thief murderer should be pardoned by the Governor. Both sides should us evidence from the primary sources to make their case.

The Bluegrass Voyage- Thinking of the dangers facing everyday Kentuckians, what would lead you to join two unknown travelers as you journey across the state?

Instructors divide your class in half. Have one group find a partner and decide where they want to travel in Kentucky or a state of your choosing (have them write it on an index card).

With the other group (have individual students write down their place too) ask them to approach the pairs and try to find a group to travel with. There should be no more than three people to a group. See if their destinations match! Use this exercise to discuss the benefits of traveling with others versus traveling alone in the 19th century.